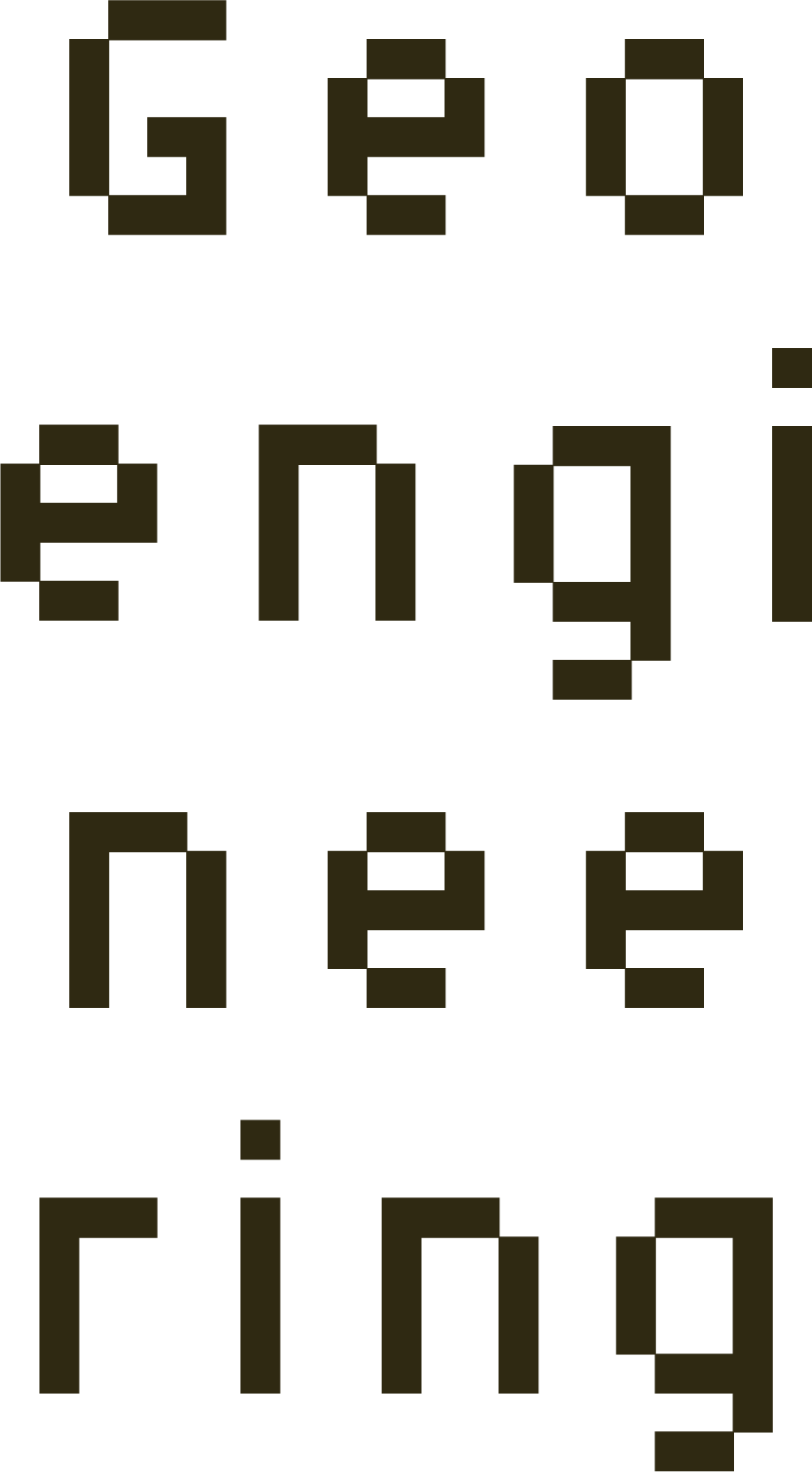 Breathe in. No, really, go on. Good. So what just happened? Well, you sucked roughly half a litre of air down through your windpipe. The billions of trillions of molecules it contained poured through your lips and nostrils into the pulmonary alveoli in your lung, the cul-de-sacs of your respiratory system. The air you breathe today mainly consists of about 4 parts nitrogen and 1 part oxygen just as it did for your grandparents and your great-grandparents.

But among all those molecules, something has changed. Hidden evi­dence of the uniqueness of our age is now entering your body every time you speak, laugh or sigh. A tiny fraction of the particles you breathe, about four percentage points of one per cent, is carbon dioxide. And about one in three of those CO2-particles was not in the air in the times when our ancestors went about their daily lives. After lying dormant underground for hundreds of millions of years, that carbon entered our world and our lives through chimneys and exhaust pipes, accumulating in our atmosphere, where it traps heat and ­causes our glaciers to melt, our forests to burn, our politics to stall and our youth to despair. You know, climate change.

Climate change is a funny thing. There’s an awful lot we know about it, and so much more we don’t know yet. But then there’s a third category of knowledge in between: stuff we know deep down, but avoid consciously examining or emotionally fathoming in all its detail. Is that because we are afraid of the dark place it will lead us to?

American journalist and writer David Wallace-Wells is all too familiar with this vein of know-ledge. He has made it his trademark to report about those dark places down the line: what the world will look like in 30, 50 or 100 years if we keep burning oil, gas and coal. The reactions to his work have also taught him about the lengths we go to avoid going there, even if only in our minds. Wells warns us that we need to be afraid—it’s naïve not to be, he says, and fear might be the powerful impetus needed to make us take action.

In 2017, Wells released an article titled The Uninhabitable Earth, in which he describes our future in a blunt but factual manner. It hit the public like a bolt from the blue. In the article, he assures us that all the bad scenarios that come to most people’s minds when they think about climate change are all but certain to happen at this point. Dozens of huge cities will drown: Miami, Mumbai, New York, Alexandria, Shanghai, Rio de Janeiro, Osaka. You can mark them on a map. There is only a tiny chance left that they will stay above water.

Then there’s the melting permafrost. Endless quantities of frozen remains of long-dead plants and animals, so far safely stored in the world’s underground freezer in northern Russia. But once the ground starts to thaw, those remnants of past life will begin to decay and release not only carbon dioxide and the much more greenhouse-potent methane, but also diseases that were long thought to have been eradicated. Spanish flu 2.0? Who knows…

Wells goes on to describe how long before this century is over, vast tracts of land used today to grow food for much of the world’s population will become too hot and dry for their agricultural use to continue. So do we just move production up north to Canada and the Russian tundra? Not so fast. Soils need decades to build up the complex humus layer that makes today’s harvest levels possible.

While billions of people on land battle against diseases and fight for water, breathable air and arable soils, the oceans are turning into acid. Dead zones—underwater areas devoid of life—keep eating away larger and larger chunks of the world’s seas like a cancer, ultimately releasing toxic hydrogen sulphide into the atmosphere. None of this is occurring for the first time, by the way (except for us, of course). This exact course of events has already been the final nail in the coffin for so much life on earth before us. In almost all of the other five great mass extinction events in the history of life on our planet, the beginnings usually looked remarkably similar to the events we are seeing today—only this time, everything is unfolding much faster.

Whatever way you want to look at it, the perspective is a grim one. We are on a highway to hell, and we are left with the question: What are we going to do about it?

Cut our carbon emissions? Sure. At systemic level, carbon taxes and corporate responsibility have already been preached for decades. At individual level: go electric, or better still, start cycling. Chili sin carne, slow travel, tiny homes, you know the drill. But we’ve known it for years, and how’s that going for us?

The maths of carbon is unforgiving. At this point, even if politics and societies took a sharp turn, we’d only have a slim chance of keeping global warming under 2°, or even 1.5° Celsius. And even if we did, there are two big elephants in the room of climate debate. First: keeping global warming under this threshold is by no means a guarantee of safety. Not only will wildfires, droughts and floods become more dramatic and more devastating nonetheless; there is also always the risk of overstepping certain tipping points (like the thawing permafrost I already mentioned).

Once these tipping points are surpassed, our own emissions will no longer be the main drivers of climate change It will have taken on a life of its own and keep unfolding, no matter what we do. There is no putting the genie back in the bottle. Once the beast is unleashed, it will rampage for ever more. Temperature limits are arbitrary ideas, designed to give us some sort of guidance. As for nature, every single carbon particle emitted brings us closer to the brink, whether within or outside our self-imposed targets.

The second elephant concerns the science that forms the basis of the Paris Agreement. Before this global gathering, debate had universally focused on a target of 2° Celsius. Surprisingly, politicians agreed on the more ambitious target of staying under a 1.5° Celsius warming limit. Scientists seeking a way to make that happen in the aftermath of Paris had to reboot their computers and run through more and more scenarios, hoping to find some that aligned with the new goal. The results were sobering. They found not a single scenario that ­relied solely on cutting our emissions and left us with warming of under 1.5° Celsius, no matter how forcefully and consistently executed. To deliver a way out, they came up with a magic trick: they built their scenarios on a method of sucking huge amounts of carbon out of the atmosphere within the coming decades. The problem is that to date, we have not developed any feasible way of doing so. In other words, our only hope of not cooking ourselves lies in a tool or technology yet to be invented. It’s a bit like hurling yourself out of an aircraft and having to sew your own parachute on the way down.

If there is fresh, clean air to be found anywhere, it is in the remote wastes of Iceland. Here, the Swiss company Climeworks is installing increasing quantities of large objects resembling shipping containers, with round openings in their sides that look like ventilation systems. In March 2021, the company piled up another eight of these huge boxes.

As unlikely as it may seem, the purpose of these huge machines is precisely to clean the air. They pull carbon dioxide out of the air and thus slow the pace of climate change. To do so, they basically act like a giant SodaStream, dissolving the captured molecules in a highly pressurised soda-water solution, far fizzier than downing 5 cans of Coke at once. This super-soda is then forced deep into the volcanic rock below, where it mineralises into calcium carbonate within a few years.

If this rings alarm bells for you as pictures of nuclear waste barrels in crumbling mineshafts spring to mind, relax. Underground calcium carbonate is already one of the biggest reservoirs of carbon on earth. It is the substance you touch when you hold an egg or a seashell in your hands. Not exactly the same category as nuclear waste. The process of mineralisation is the natural destiny of much of the carbon dioxide in the atmosphere anyway; the Icelandic ­SodaStream only speeds up that process.